It’s a classic Catch 22. One of the biggest challenges when it comes to progressing up the career ladder, is that typically what makes you good at this job, could be what’s holding you back from progressing. You learn a certain set of behaviours in any role. 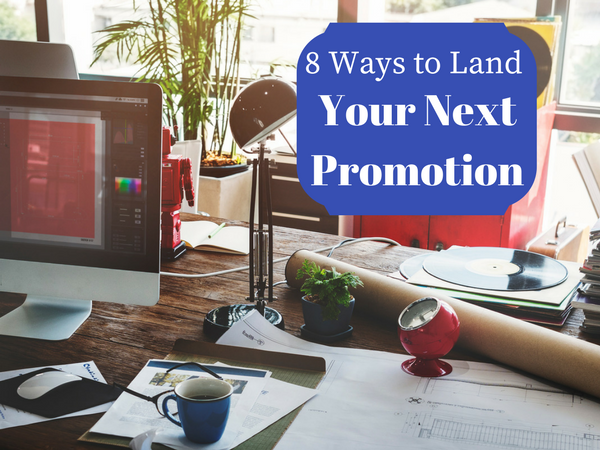 These behaviours help you perform well and cause others to notice you. But when it comes to moving up, it might be time to forget everything you thought you knew about how to behave at work.

Here are some examples of the ‘bad’ behaviours which might just be exactly what you need to get onto the next rung of the ladder.

As most of us enter the workforce in an entry level job, we find we have a whole bunch of people we have to say, ‘yes’ to. Of course, in customer facing roles in particular, the desire to serve runs deep. But as you move into more supervisory and management level positions, agreeing to everything will lead you to trouble.

Being seen as a people pleaser is a sure fire way to rule yourself out of many management positions. Learn to say no, and do so strategically. If saying a straight out ‘no’ feels too much, practise by saying no in a softer way.

You can say, ‘I would love to help you with that, but I’m at capacity right now, so something will have to give. Maybe I could pass some of this project over to someone from your team, to free up the time?’ By generating options you’re showing a flexibility and a willingness to help. But you’re not being a pushover.

In a world where job security seems a distant memory, this is counterintuitive. But one of the most powerful ways to get a promotion might just be to make yourself entirely replaceable. After all, if nobody else could ever pick up the work you do, how could you ever hope to get a foot up to the next level?

The key here is being in control. It’s not about someone else rendering you redundant, but about you preparing the ground for a step up.

If you want a promotion, consider how your role could be backfilled. Then take some time to talk it over with your boss. Explain how you think you would be able to train another team member to pick up your work if you moved to a bigger and better position.

This demonstrates to your boss that you have the ‘team’ mindset. You have the foresight and skills to bring a successor on and are really committed to not only your own career, but also the long term health of the business.

3. Talk about your weaknesses

You’re never going to get a promotion if you go around talking about what you’re bad at. Right? And it’s true that it can be exhausting talking to someone who is constantly putting themselves down. It’s highly unlikely anyone needs to know how many times you failed your driver’s license, or that your grilling skills suck.

However, being open about some of your development areas can be a massive strength in the workplace.

It might make it easier to think of this more as a process of getting continual feedback from others. You can ask what you can do better next time. By showing you’re comfortable with your weaknesses, you show you’re self aware and open to development and personal growth. These are both key characteristics in successful people.

4. Be a social butterfly

Figuring out the best way to maintain healthy relationships with work colleagues can be hard. Many people fall way too heavily on either the side of the divide. Coworkers make colleagues the best of best friends or refuse to hang out with people from work at all.

You might think that shunning social contact is the best plan if you’re looking to progress your career. After all you might end up being the boss one day. But business gets done on the basis of relationships. Being a wallflower won’t actually do you any favours.

Loosen up a little. Apply a few simple rules, to make sure you’re building an effective network, at the same time as making some friends – and you could even find you’re having fun.

Sometimes, standing up for what you believe in might make you unpopular. Maybe you have spotted a problem holding the business back, but fixing it is going to rock the boat. Or perhaps you disagree with the direction your boss or coworkers are taking in some respect.

Going with the flow is usually the easy option, but it won’t get you noticed. And if you want a promotion, you need to be noticed.

Don’t wait for a catastrophic issue to arise to practise this. Look for opportunities others have not seen yet. Do an analysis of the strengths and weaknesses of your business or team. See what the competition are doing, and how you can match or better them.

And tell someone your ideas. Talk to your manager, or make some small alterations yourself to see how they work. If you’re on the right track, it’ll show, and your proactive approach will put you head and shoulders ahead of others.

6. Admit you don’t want to do this job forever

Of course, you don’t want to do this job forever. You have big ambitions. You have a career plan. But it’s pretty natural to worry that saying so to your current boss might land you in hot water. You could offend your manager, leaving you in a worse position than ever.

Carefully managed, though, talking to your boss or HR department about your desire to move up is effective. Even better, sit your boss down and ask for feedback on your career plan. They may even feel like they’ve played a part in creating it. If your manager feels some ownership over your success, you’re definitely onto a good thing.

You don’t want to seem to frivolous in the office or too concerned with outward appearances. The work you do should speak for itself. How you hold yourself, or what you wear, should be minor factors.

Yet appearances do matter. You might have heard people saying you should dress for the job you want, not the job you have. By dressing in an appropriate, considered way, you’ll be casting yourself as ready for a managerial role in others’ minds. And that’s half the battle.

8.Thank and acknowledge others’ efforts

Finally, sharing the credit for successes might sound like something that’ll hold you back. But chances are that thanking others for their help and sharing the fact that another individual or team have supported you, you’ll come off as someone who is gracious, and able to engage and lead others. Being polite and thoughtful will get you far, even in a cut throat office environment.

Of course, the boundaries of what behaviour is acceptable (and desirable) in the workplace, are contextual. What might be completely normal in a relaxed and casual workplace, might cause raised eyebrows in a traditional business where the culture is more formal. Some industries thrive on creative disruption, surging energy and ‘out of the box’ ideas. Others place a higher value on detail, certainty and a steady hand. Reading the room is key – but the next time you want to act out at work, it’s worth considering if there is a way you can channel that energy to stand out for the right reasons – and help boost your chances of a promotion.